Help with jet lag with light therapy: How can I feel better after traveling across time zones?

Jet lag is more than fatigue—though the terrible fatigue you feel when you have it is certainly bad enough! When your body’s convinced that you woke up for the day at 3 a.m., or, depending on where you’ve been, stayed up until 3 a.m., it seems to beg you to quit. 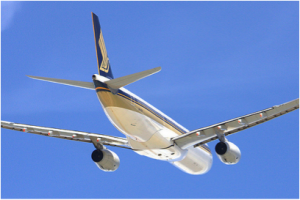 Symptoms of jet lag can include insomnia and waking up early, and just not feeling well. It can even extend to digestive problems, muscle soreness, and menstrual problems in women.

There’s even evidence that chronic jet lag can negatively impact your brain. A study of flight attendants revealed a smaller temporal lobe in those who had insufficient time to recover between flights that cross time zones. Another study involving hamsters showed that the animals’ brains made fewer new neurons if they were subjected to the equivalent of a six-hour time zone shift.

Fortunately light therapy is a natural remedy for jet lag. For short trips within the continental United States and if you don’t travel a lot, you will probably find 15 minutes a day with our light box or light visor gets you back on track in no time. If you travel a lot, hopping continents as often as you visit the dry cleaner, you may benefit from the BioBrite Jet Lag Calculator, which will tell you how and when to use light therapy for a quick recovery. You can actually cut your recovery time in half this way.