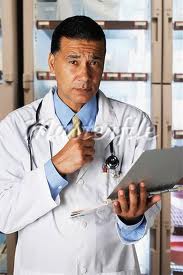 The Science Behind BioBrite Products

Click on a topic below to read more, or scroll down to read it all.

Data from a large number of controlled clinical trials conducted during the last twenty years has repeatedly demonstrated the clinical efficacy of light to treat SAD. Response rates have equaled or exceeded commonly used antidepressant drugs. In 1998, the Archives of General Psychiatry published the results of two-large scale controlled trials conducted by over three-to-four year periods demonstrating the positive results of light therapy. The studies are even more compelling than earlier trials because of the large numbers of patients involved and the use of ion generators as a placebo control. The difficulty of finding a placebo for bright light led earlier researchers to use lower intensity light as a placebo, and patient response to this lower intensity light was relatively positive. While it is quite likely that the results occurred because lower level light is therapeutic for some patients, later researchers searched for an effective placebo. Clinical trials have convinced even the most skeptical scientists that light therapy can be very effective.

The BioBrite Light Visor™ is the result of scientific study focused on developing a mobile light source capable of delivering light therapy without severely restricting movement or limiting activities of patients receiving the therapy. The first light therapy devices were light boxes. Early models were large, heavy, and awkward to move around. Current models have been greatly refined and are much easier to transport; however, these devices necessarily confine the person in front of stationary boxes while receiving light therapy. The restrictive nature of light boxes and their concomitant effects on patients’ quality of life led pioneering scientists in the field, including Dr. George Brainard of the Thomas Jefferson University College of Medicine, and Drs. Norman Rosenthal and Thomas Wehr of the National Institutes of Health, to experiment with head-mounted, battery-operated units capable of shining bright light into patients’ eyes without requiring the recipients to remain immobile. BioBrite worked with these investigators to develop and market a lightweight, easy to use, mobile head-mounted device, now trademarked as the BioBrite Light Visor™ .
The Light Visor™ has been tested in a number of controlled clinical trials. The earliest, in 1992, was in fact the largest single trial conducted in one season on the use of light to treat SAD (Joffe, R.T., et. al.; Psychiatry Research , 46, 1993). There were more than 100 patients involved. The response rate was good, comparable to light boxes. A more recent review of published data from light box trials and head mounted units (HMUs) trials by two authoritative clinicians led them to conclude that HMUs produce response rates similar to light boxes for SAD (Seasonal Affective Disorder and Beyond: Light Treatment for SAD and Non-SAD Conditions. Ed. Lam, R. W., American Psychiatric Press, Inc, Washington, DC, 1998). In evaluating clinical results of Visor trials, some investigators have ignored, or are not aware, that four different models of the Light Visor™ have been marketed by BioBrite. Each model incorporates improvements over earlier models. Therefore, data from the first prototype model cannot fairly be compared with data from more current models. Design problems with the Light Visor™ principally relate to filling the field of vision of users with light, yet not obstructing vision. This is a considerable challenge, considering anatomical differences of human heads. The design of the relatively new LED model has significantly addressed this problem. The light bar is located further forward, directing light to the eyes at less of an angle, and an array of LEDs provides a much larger area of light to the eyes. Dr. George Brainard, Jefferson Medical College, an acclaimed expert on the biological effects of light in humans, and Dr. Brenda Byrne, a clinical expert on SAD, at the same institution, have conducted controlled clinical trials to measure the effect of the LED model Light Visor™ on melatonin (“the light hormone”) suppression in normal human volunteers.
The data was presented at the annual meeting of the 1999 Society for Light Treatment and Biological Rhythms (SLTBR), clearly demonstrated that LED Visor light can significantly suppress melatonin, an important marker for the biological activity of light. Later, prominent clinical investigators at Yale Medical School, and Jefferson Medical College, conducted an open trial of the LED Visor in SAD patients. All of the 10 patients who completed the study responded very well, and were pleased with the Visor. These results were reported at the 2000 annual meeting of the SLTBR, and can be found in the published abstracts, Vol. 12, of the society.

Several prominent scientists have conducted research on the biological effects of gradually increasing light in waking human subjects. Homo sapiens evolved to waken by sunrise, which is now recognized as a powerful biological signal. Experiments on normal human subjects and SAD patients have demonstrated that dawn simulation advances circadian phase, and can be effective in treating SAD (SLTBR, Abstracts, Vol. 12, 2000). A hypothesis explaining a major factor in the study of the cause of SAD, which has been gaining in popularity, is that patients are phase delayed, which means they are unable to initiate sleep or to awaken at relatively normal times. The BioBrite SunRise Clock™ was designed to provide dawn simulation by an attractive, practical and inexpensive device. In a clinical trial of the SunRise Clock™ in high school students conducted by Dr. Brainard and associates, it was found to be a popular and effective wakening device (SLTBR Abstracts, Vol. 10, 1998).

It has long been known that daylight is a critical signal in keeping the “biological clock” (circadian rhythms) on time, consequently regulating the sleep wake cycle in humans and lower animals. Two relatively common sleep disorders, sleep phase delay, and sleep phase advance, have been recognized in humans. These disorders may respond to bright light therapy. Sleep phase delay (inability to initiate sleep, and to awaken at relatively normal times) is most frequently observed in adolescents and young adults, and may be treatable with two-to-three hours of bright light therapy applied in the morning for several days. Sleep phase advance (falling asleep, and wakening too early) is common in the 65-years plus age group, and can be treated with bright light applied in the evenings. These disorders can be complicated to treat, and we recommend that people with these problems consult a sleep-medicine specialist. A summary of relevant published data was published in Sleep, Vol. 22, No. 5, 1999.
Jet lag is classified as a sleep disorder, which simply stated is the inability of the biological clock of the jet-airplane-traveler to normally reset rapidly to a new time zone. BioBrite has devised a program involving the Light Visor that manipulates light to rapidly reset the biological clock. The program is soundly based scientifically, and its efficacy is supported by a number of anecdotal reports by users. BioBrite received a Small Business Research grant from the National Institutes of Health to support a controlled field trial of the program in normal human volunteers. Supplemental melatonin has been reported to be helpful in preventing jet lag. However, a large controlled field trial failed to demonstrate efficacy (Spitzer, R.L., et. al.; American J Psychiatry 1999; 156). Furthermore, oral melatonin is still considered by scientists to be an experimental drug, and “over-the-counter” preparations are not regulated by the FDA.