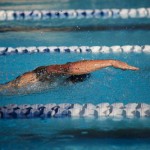 “One of the members of the gold medal British rowing team said” the dawn simulators (have) really made a difference. Towards the end of the games, we had to get up earlier and earlier, and it was great to wake up with sunlight at 4:45 A.M. …(and be) full of energy  E.C., London

“Sometimes the edge is natural. Such is the case with rest- how the body rebuilds and regenerates-, which it does with extraordinary quickness. (Recently) two studies showed …ways where rest can improve peak performance, ways that can benefit anyone.”                M., Huffington Post

“I wore my Light Visor each morning and the results were quite remarkable.  As well as being able to fall asleep more easily at night, my quality of sleep was more consistent, which resulted in a greater sense of awareness and energy in the morning.  I was able to rise earlier with less sleep, more alert and better focused for my day ahead.  I had more stamina and was able to train longer.  In just four tournaments I was able to improve my performance by an average of two strokes per tournament.  I now consider the Light Visor the 15th club in my golf bag.” N., Ft. Lauderdale,  FL