For children, poor sleep can be as dangerous as LEAD 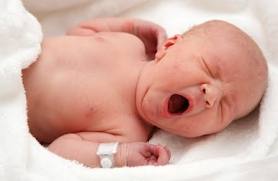 In the January 2012 issue of PARENTS magazine, an article by Betsy Stephens outlines the significant impacts that sleep disturbances have on children – much more serious ones than most parents probably appreciate. For example, according to a recent study from University of Virginia, children who lack adequate sleep consistently suffer a drop in IQ points that is equivalent to the effect of lead poisoning. According to Dr. Judith Owens, M.D. at Children’s National Medical Center, tired brains cause neurons to lose their ability to work- to form the connections needed to learn. Furthermore, there can be long-term cardiovascular and obesity effects from consistent lack of sleep in children.

A rare occurrence? Hardly – the number of young children considered at risk for these sleep problems is estimated to be more than 20-30%. There are now more than 40 accredited pediatric sleep centers nationally, but many parents do not seek medical help, because they think their child’s sleep issues are as much their problem as the child’s.

Pediatricians suggest a number of strategies for addressing your child’s sleep disturbance. One of the easiest first steps is to use a bedroom light that has a gradually fading light, which is nature’s way of engaging the body’s circadian rhythms to respond with sleep.