Help with sleeping using light therapy: How can I get some sleep, now that I’m past 60? 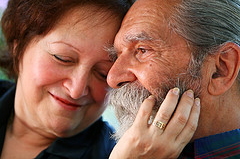 If you’ve been finding that passing 60 is causing you sleeping problems, you’re not alone. At least 40% of men and women over 60 suffer from sleep disorders such as:

• drowsiness during the day;
• waking up at night;
• waking up early for the day; and
• sleeping lightly.
Research shows that even older people who don’t feel they have a sleep disorder spend less time in deep sleep than they did when they were younger; the problem isn’t you, it’s biological.

It may feel ridiculous to awaken at three or four in the morning when you once were able to stay up until that time—and happily slept until 11. While there may be nothing lonelier than being awakened by your sleep disorder when it seems like everyone else is sleeping, you’re actually in great company.

Yet you deserve better! 60 and over should be fun fun fun. You’ve earned it. And it can be, because even if your sleep disorder is normal, there’s still a natural remedy that really works: light therapy.

Light therapy is a natural sleep aid. Fifteen minutes of treatment with the BioBrite light box or visor should show results in no time by recalibrating your body clock. You’ll sleep more deeply and for a longer time—and feel better during the day.

As always, speak to your doctor. Some sleep disorders have serious health effects and should be treated with medication.