PTSD relief with light therapy: After what you’ve been through, you deserve a good night’s sleep 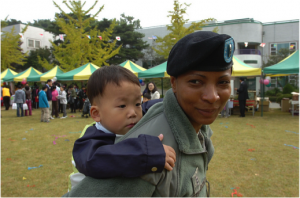 About 5.2 million adults in the United States have PTSD during a given year. When you have PTSD, a traumatic event such as abuse, assault, a serious accident, or combat exposure triggers serious symptoms and make it hard to function. These symptoms include flashbacks, numbness to feelings, a constant alert for dangers like those you previously experienced, and difficulty sleeping. Sleep problems affect 70-90% of people with PTSD.

According to the National Center for PTSD, which is a division of the United States Department of Veterans Affairs, PTSD occurs in about 11-20% of veterans of the Iraq and Afghanistan war.

It’s a tragedy that America’s men and women in uniform might suffer for months and years because of the experiences they’ve had serving our country. We all grieve for our soldiers and their families. Regardless of political differences, Americans stand united in our dedication to help.

At BioBrite we’re proud to know that we make a product, our light therapy visor, that can make a real difference for people who suffer from PTSD. Researchers from the University of South Carolina report significant effects from a study of 16 soldiers who received light therapy 30 minutes a day. Study coordinator Shannon Cornelius, Ph.D., commented, “Because bright light therapy is a relatively simple, self-administered, inexpensive treatment with few side effects, these results are an important step to further establish the efficacy of bright light therapy as an alternative or adjunct treatment for combat-related PTSD.”

The study found significant effects on sleep. And soldiers who slept better also had relief from depression and anxiety. As Dr. Cornelius commented, sleep and other symptoms of PTSD can interact in a “vicious cycle.” Common pharmaceutical treatments for depression can cause insomnia and have other side effects. Light therapy’s natural remedy is safe and effective, and people with PTSD deserve nothing less than to know its benefits.

No trackback or pingback available for this article